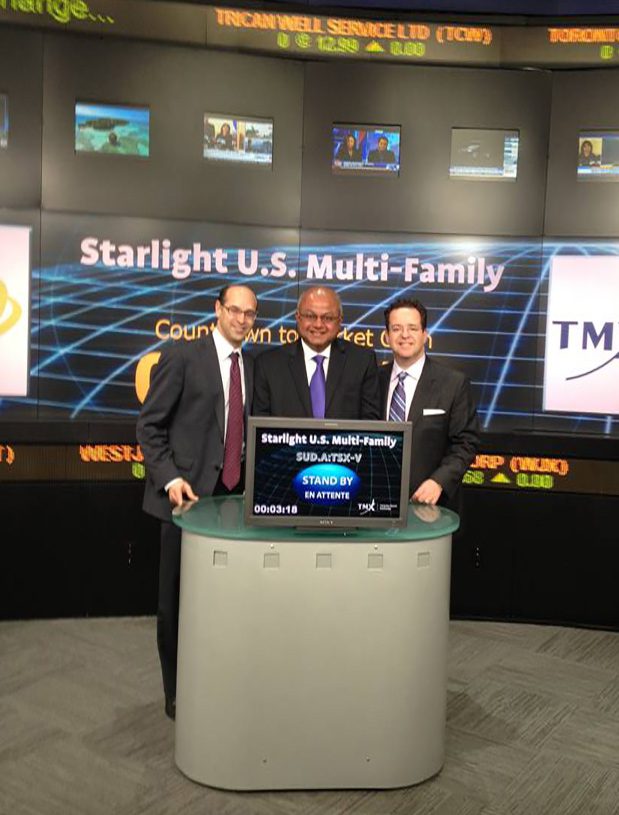 TORONTO, March [25], 2014 – Starlight U.S. Multi-Family (No. 2) Core Fund (TSX.V: SUD.A, SUD.U) (the “Fund”) today announced its results of operations and financial condition for the three months ended December 31, 2013 (the “Fourth Quarter”) and period from September 23, 2013 (date of formation) to December 31, 2013. The results and financial condition reflect operations for the Fund’s initial portfolio comprised of Palm Valley and a 65% equity interest in the Falls at Eagle Creek, the two properties that were acquired on November 18, 2013.

The forecast figures below represent the financial forecast (“Forecast”) set out in the final long form prospectus of the Fund dated October 30, 2013. All dollar amounts set out in this news release are in thousands of United States currency other than average monthly rent.

More information can be found at newswire.ca…