The city of North Bay, in the southeastern corner of northern Ontario, may be a surprising location for a hot apartment market. 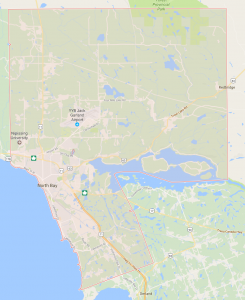 This city, established in 1895, has grown up on the shores of Lake Nippissing, initially in service of northerly expanding railways and growing rich from the mining of silver in Cobalt.

Today, however, North Bay has the most diverse economy of any northern Ontario city, with a major university, a Canadian Forces base, and a strong public sector. The town is also the site of much tourist traffic, with visitors drawn to the natural beauty of its surroundings. A military base and Nipissing University add to the city’s labour market and student base. North Bay has suffered from the 2008 recession. Despite the size of this market, and despite the fact that North Bay’s population is actually lower than it was in 1991, the apartment market shows very favourable trends in both vacancy rates and rent.

The apartment market in North Bay has shrunk since 2005, which has helped lower vacancy rates and raise rents, but a sizable market remains to give investors good rates of return. In addition, North Bay shares the characteristics of other northern Ontario centres, with a diversified marketplace of “old school” landlords.